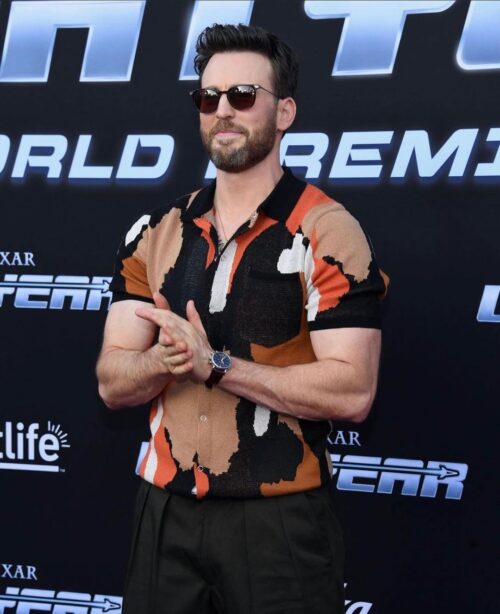 On his People’s Sexiest Man Alive 2022 title, Chris Evans joked, “My mom will be so happy. She’s proud of everything I do but this is something she can really brag about.”

We have a brand-new “Sexiest Man Alive,” and we are ecstatic about it! Chris Evans is the People’s Sexiest Man Alive for 2022! The great news was just made public a short while ago, and while fans of the Avengers: Endgame star are overjoyed, Chris’ mother Lisa Capuano is the happiest of all. Chris Evans opened up in an interview about how it feels to be given the title of “sexy.”

The Sexiest Man Alive title, Chris Evans said, would have “pumped” him up in middle school and would have been “the way to the cool table,” which he was not at. Regarding his mother Lisa Capuano’s joy at her son winning the “sexy” title: Evans shared, “My mom will be so happy. She’s proud of everything I do but this is something she can really brag about.” Lisa, herself, gushed delightfully: “I am not surprised at all. Our family will be beside themselves.”

Furthermore, Chris Evans confessed that he would rather jump into a fireplace than talk about being sexy: “This whole thing is tough to be interviewed about. It feels like a weird form of humble bragging.” The 41-year-old actor also quipped, “Really this will just be a point of bullying. It’s ripe for harassment.” Chris probably won’t use the word “sexy” in a sentence about himself and in spite of the Captain America actor not being quite comfortable with the title just yet, Evans believes he’ll look at being crowned fondly years from now: “It’s something that as I become old and saggy I can look back on and say, ‘I remember then…’ I’m lucky to be in the discussion in any capacity.”

The major news of Chris Evans being voted People’s Sexiest Man Alive 2022 was announced on The Late Show with Stephen Colbert by Stephen Colbert, who also revealed last year’s winner, Chris Evans’ MCU co-star and Ant-Man and the Wasp: Quantum of Solace star Paul Rudd. Colbert presented a funny video of Chris and Dwayne Johnson, or The Rock, on the set of their new film Red One while also participating in a hilarious comedy with John Oliver, the host of Last Week Tonight with John Oliver. The Rock was named the 2016 People’s Sexiest Man Alive by Johnson, who playedfully teased Evans into agreeing that the two would share the “sexy” title rather than him being a “previous” winner. Chris, who was wearing a Sexiest Man Alive sash, eventually gave in after considerable prodding from his seductive co-star. Additionally, Evans replied with a smouldering glance to Dwayne’s request for the The Gray Man star to say something sensual, “Go vote tomorrow.”

Like Chris Evans 3000 needed more justification for our devotion!

What do you think about Chris Evans being crowned People’s Sexiest Man Alive 2022?

Meanwhile, speaking of Red One, the action-adventure Christmas film is directed by Jake Kasdan and is slated to release during the holiday season of 2023.