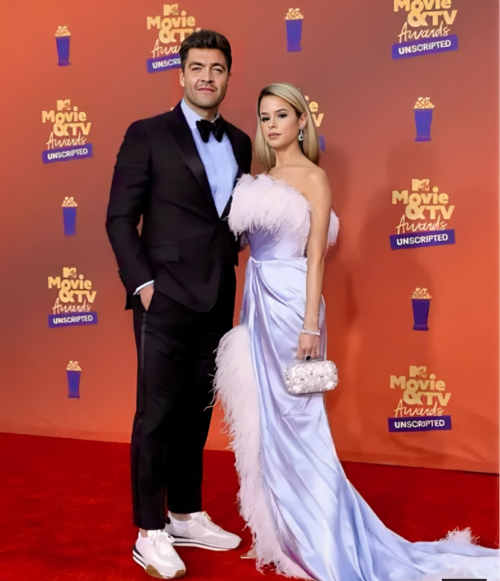 The Challenge’ star CT Tamburello has reportedly filed from divorce from his wife, Lili, who he shares a son with.

After four years of marriage, Lilianet “Lili” Solares and CT Tamburello have called it quits. In Florida, CT has formally filed for divorce, according to court records that TMZ has access to. The source said that the 42-year-old, who is well-known for appearing on MTV’s The Challenge, submitted his paperwork on Monday, November 7.

CT and Lili got married in an MTV wedding special back in 2018. Together, they are parents to Christopher Jr. Having been born in 2016, Christopher Jr. is now six years old.

Despite the fact that CT only recently filed for divorce, rumours of their breakdown have already circulated. CT said that he and Lili were “separated” when he appeared in The Challenge: Double Agents in 2020. But by the time the show’s final season aired, they had reconciled and were rekindling their romance.

CT once dated Diem Brown, his Challenge co-star. They first connected while filming The Duel in 2006, and dated intermittently until Diem’s passing in November 2014. Throughout Diem’s final Challenge season, Battle of the Exes II, CT stood by her side when she fell ill and was there for her during her final hours.

After Diem’s passing, CT retreated from the spotlight and The Challenge, at which point he secretly started dating Lili and the couple gave birth to their son. He returned to the programme for Invasion of the Champions in 2017 and ended up winning the male division that year. Then, in 2019, CT achieved his next victory on War of the Worlds 2, and in 2021, he achieved back-to-back victories on Double Agents and Spies, Lies, & Allies.

The Challenge: Ride or Dies’ most recent season, which debuted in the middle of October, does not feature CT. Regarding the split from Lili and the divorce petition, he has not made any public remarks.